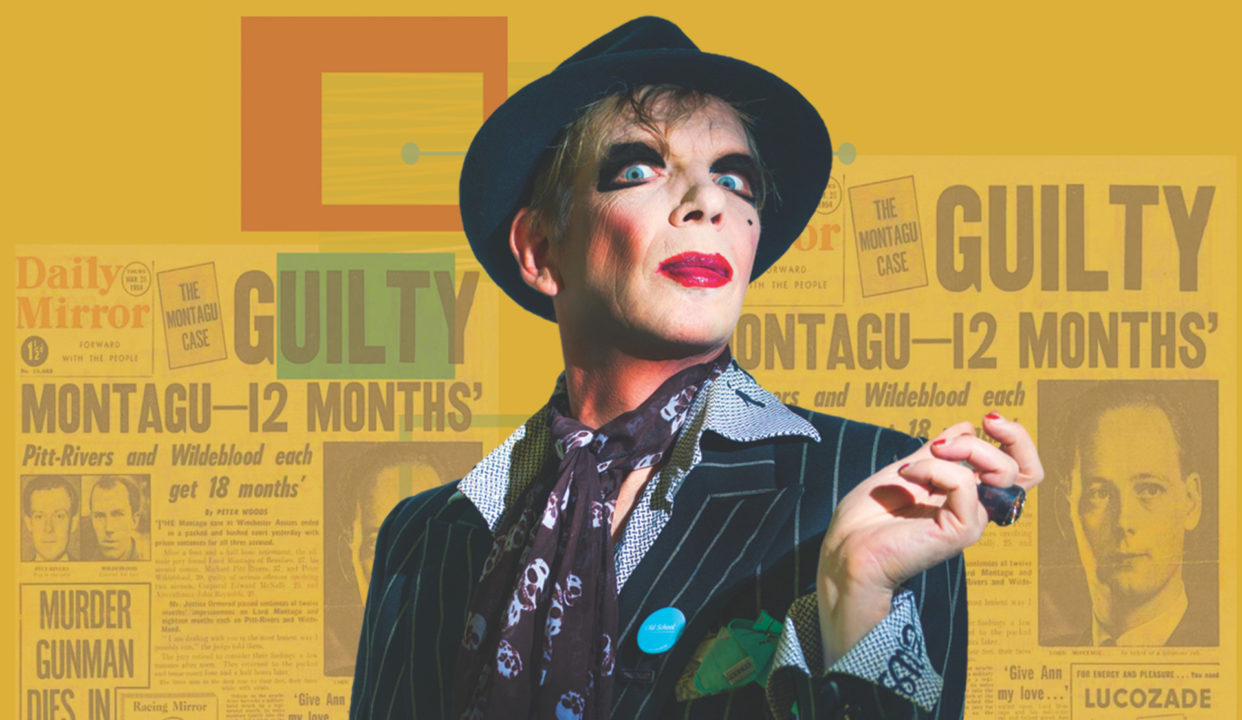 Diamond is an avant-garde, angry and often hilarious journey into British LGBT liberation from 1957 to present day, told via the thrilling, passionate biography of David Hoyle, with musical interludes from special group of local performers.
Weaving together intimate personal experience with public events, Diamond charts David’s rise from a gay adolescent working in BHS in Blackpool to Channel 4’s famous anti-drag queer cult phenomenon.
Reclaiming renowned historical moments and reflecting on the lives of prominent gay figures such as Alan Turing, Diamond revisits LGBT political history through Hoyle’s provocative and profound lens, and will appeal to all with liberation in their heart.

The show is a celebration of survival against overwhelming odds. We have a LGBT history we are proud of.
David Hoyle

David Hoyle may be ready to storm the barricades and bring down the Establishment but he is also a unique and sensational artist.
– Boyz

An explosion of energy, glitz, dance and drama which provides an interesting exploration into LGBT history and social inequality.
– Everything Theatre

David Hoyle has been bringing his message on the trouble with gender and other political issues to audiences since the 1990s. Without him the gender fluid drag we have become accustomed to in recent years might not exist. He has been a major influence and inspiration, he is an icon and there is nobody like him.

Born in 1962 in Blackpool, Hoyle was relentlessly bullied as a child for his effeminacy. At school, both pupils and teachers alike tore into him for years and he later described his journeys to school as akin to walking daily “to his own execution”.

It was in the gay clubs of Manchester that he developed the character that was to be known as“The Divine David” – an “anti-drag queen” who combined “lacerating social commentary” with “breath-taking instances of self-recrimination and even self-harm”. This character was so popular it was only a matter of time before he was doing runs of shows in London theatres and clubs which saw television companies suddenly seeking him out and in the late 1990’s he produced two series for the UK’s Channel 4 – “The Divine David Presents” and “The Divine David Heals”…

However, this kind of success was not for him and he killed of the Divine David in a performance on an ice rink… after some time out he returned to London’s stages as himself David Hoyle. Some key venues David has played include Sydney Opera House and The Royal Vauxhall Tavern, Tate Modern, The Bethnal Green Working Men’s Club, The Southbank Centre, and Soho Theatre in London along with Contact Theatre and Manchester International Festival in Manchester. 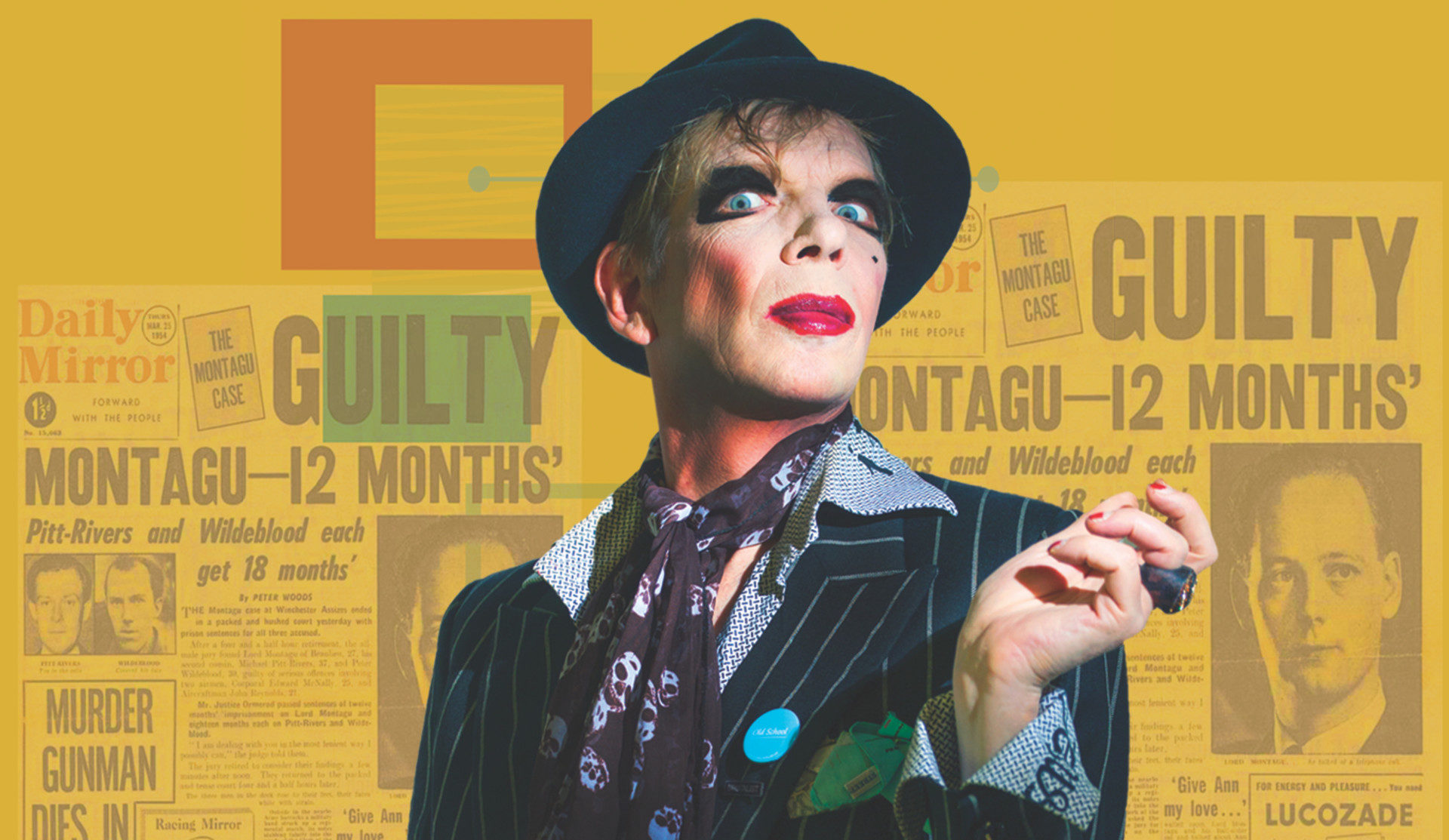 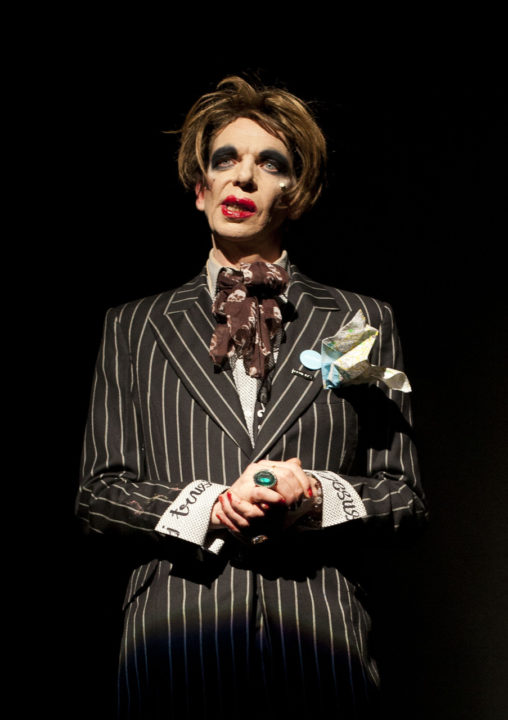 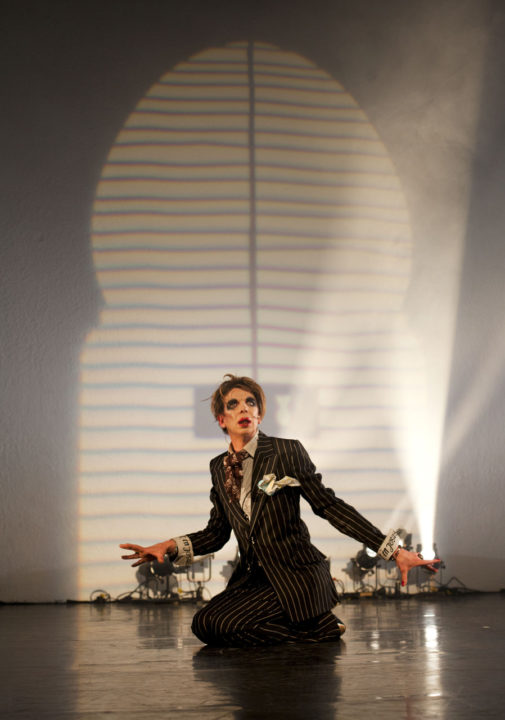 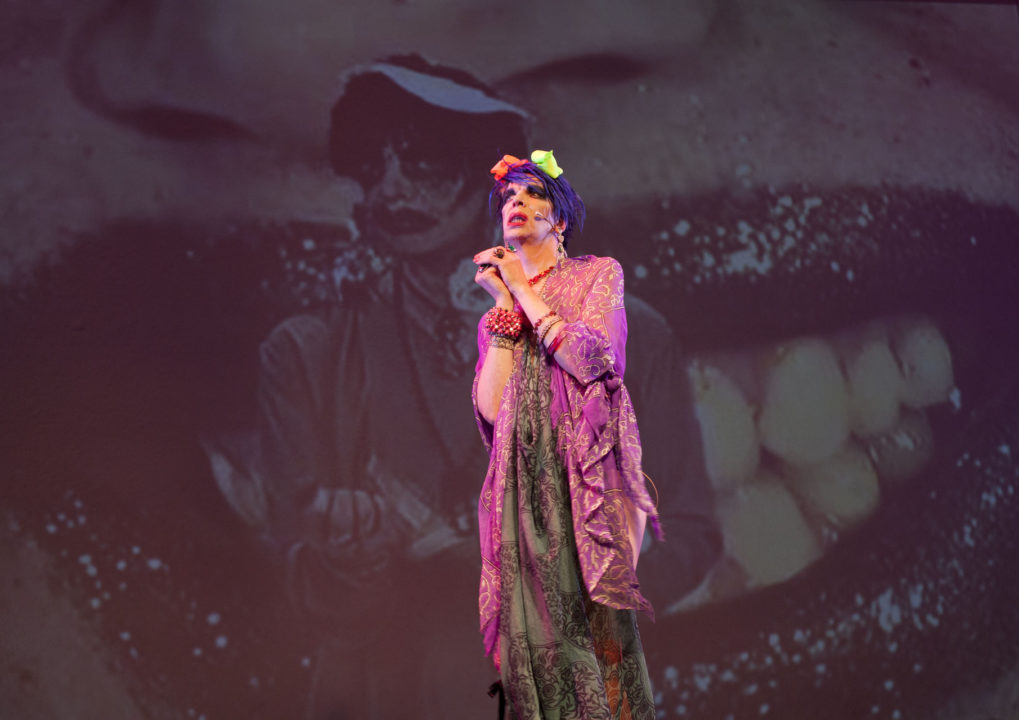 Diamond is an avant-garde, angry and often hilarious journey into British LGBT liberation from 1957 to present day, told via the thrilling, passionate biography of David Hoyle, with musical interludes from special group of local performers.