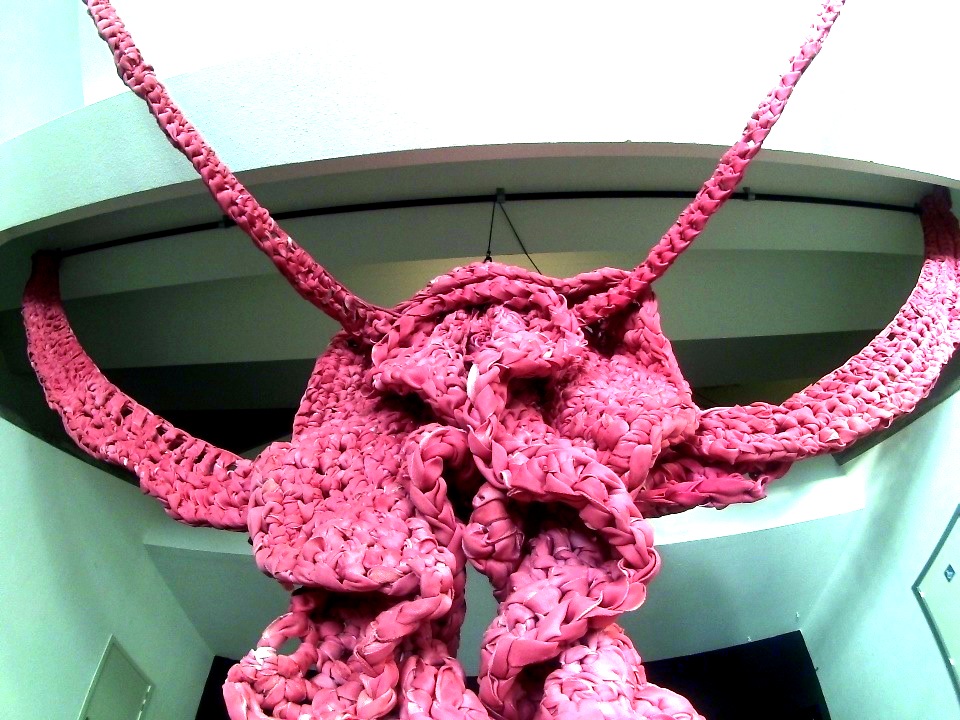 Prepare to see a revelation of a true goddess, commemorating the smiling Statue of Mary when Rosa of Lima was carried past. The Swelf consists out of thousands of intimate female shapes and folds in thick pink fabric. A thorough research into the unsurpassed forms of a vulva resulted in a playground for adults, a place to swing naked, to slide, to climb, becoming happy like a newborn baby again. The flexible sculpture lives by the name (neologism) ‘The Swelf’ coming from the expression ‘Take care of your s(w)elf.’

This sculpture can shift into many shapes, and surprise over en over again, depending how you hang it. The sculpture was created to be a mobile and dynamic and a female omnipotent presence. Dreaming of big sculptures as part of a playground for adults, like a circus on the inside of a giant crocheted female body, or its central meeting point of her nerves. This huge body of the clitoris together with the vulva was featured for the first time in March 2012 in The Grand Opening in Norway (with Joris Vercammen, Laura Verlinden, Bembo Davies), and in June 2012 as installation at the 38th Nordic Congress of Obstetrics and Gynaecology, Bergen, Norway. Later, the embroidery was animated by Hungarian-Romanian puppeteers Iza and Mircea Moş for the contemporary music theatre project Who Wants to be Holy? in deSingel in Antwerp, where it interacted with live compositions by the young composer Joris Vercammen. During the last years, the sculpture The Origin of Things (T.O.o.T.) is exhibited under a new name The Swelf. In 2016 improvised dance performance My Nature with this sculpture was conceived by Sophia Rodríguez in collaboration with Marijs Boulogne.

The Swelf is an ongoing cycle by Marijs Boulogne, in which she develops works in different media – installations, workshops, performances, lectures, etc., inviting people of different backgrounds to discover the complexity of their bodies and sexual organs and open up about issues of gender and sexuality in a playful way.
You are kindly invited to see other works of the cycle, currently exhibited at Alkatraz Gallery.

Marijs Boulogne (1978) is a theatre maker, playwright and performance artist. She graduated as a theatre director in 2002 at the RITS School of Arts (Brussels) and studied an additional year in open workshop, new media, installation, and interdisciplinary work. She began directing her own plays in 1999 and received several prizes for her productions. Her plays have been translated into seven languages and have been performed in many countries under her own direction. She wrote and directed Voulez-vous poeper avec moi, Herzschmerz, Picknick!, Excavations, The Anatomy Lesson, Marzipan or Plexi and co-wrote Love Zero Control, Good Habits and Endless Medication with Manah Depauw.
Recurring themes in her work are sexuality, comedy and female strategies of liberation throughout the ages. She performs as singer, accordionist, storyteller and presenter. Since 2011, she is also presenting, coordinating and organising Lucha Libre wrestling events of the 'Spelers van de Ring' and Brussels Young Wrestling Style. Since a few years she also started wrestling herself as Peggy, trained by Pietro Badiali (Lady-Man-Catch Club), Belgium.
http://marijsboulogne.be/joomla/ 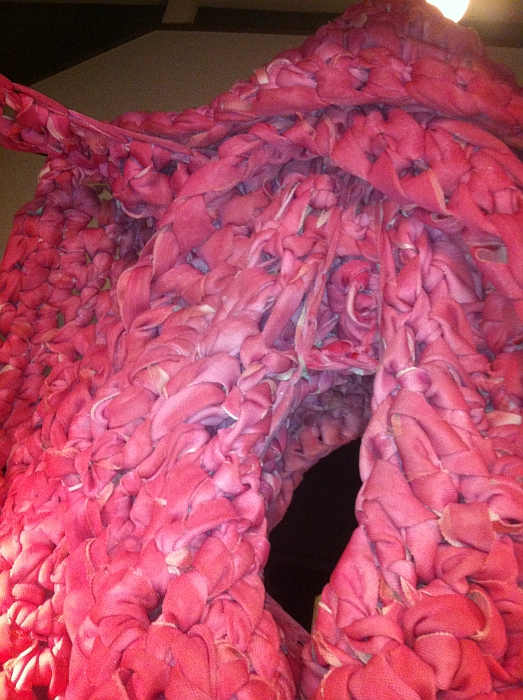 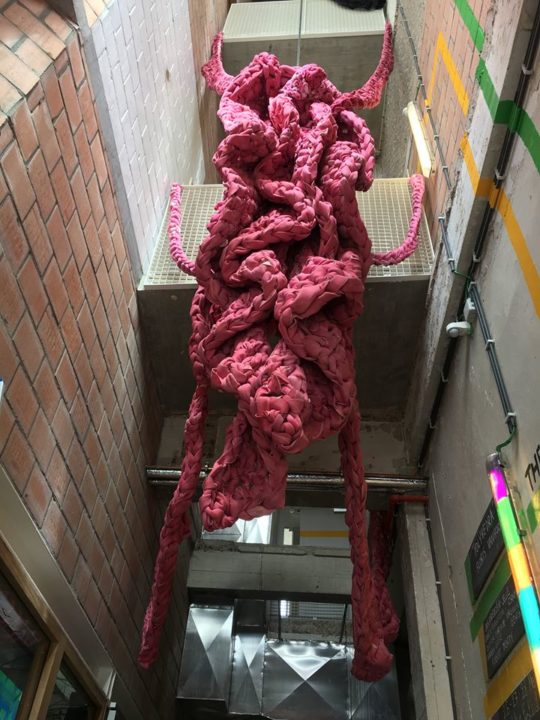 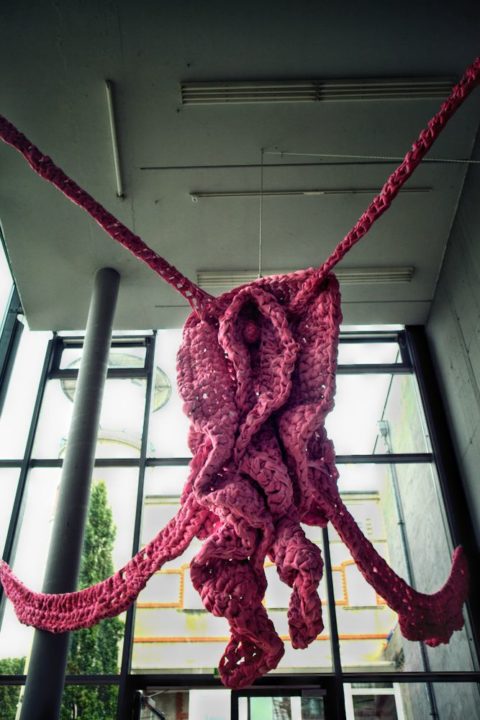 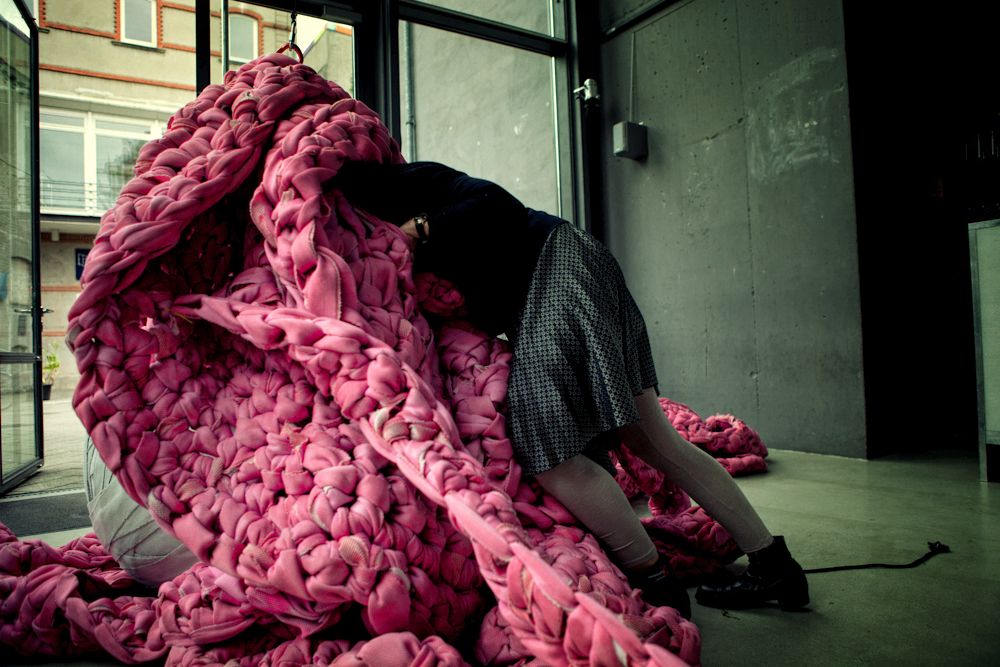 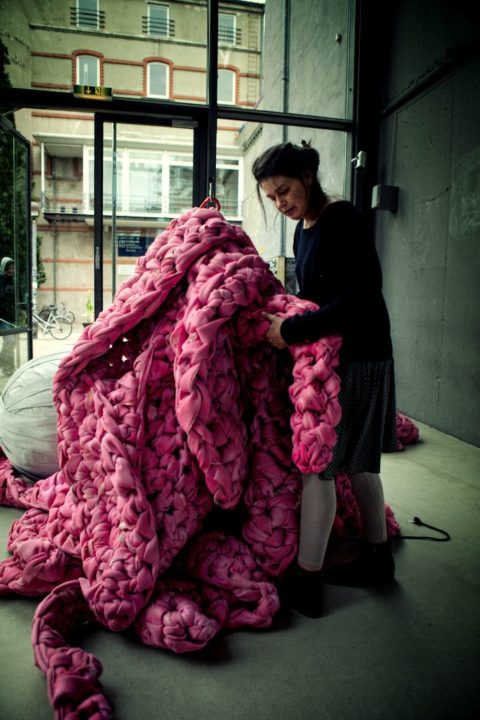 A thorough research into the unsurpassed forms of a vulva resulted in a playground for adults, a place to swing naked, to slide, to climb, becoming happy like a newborn baby again.